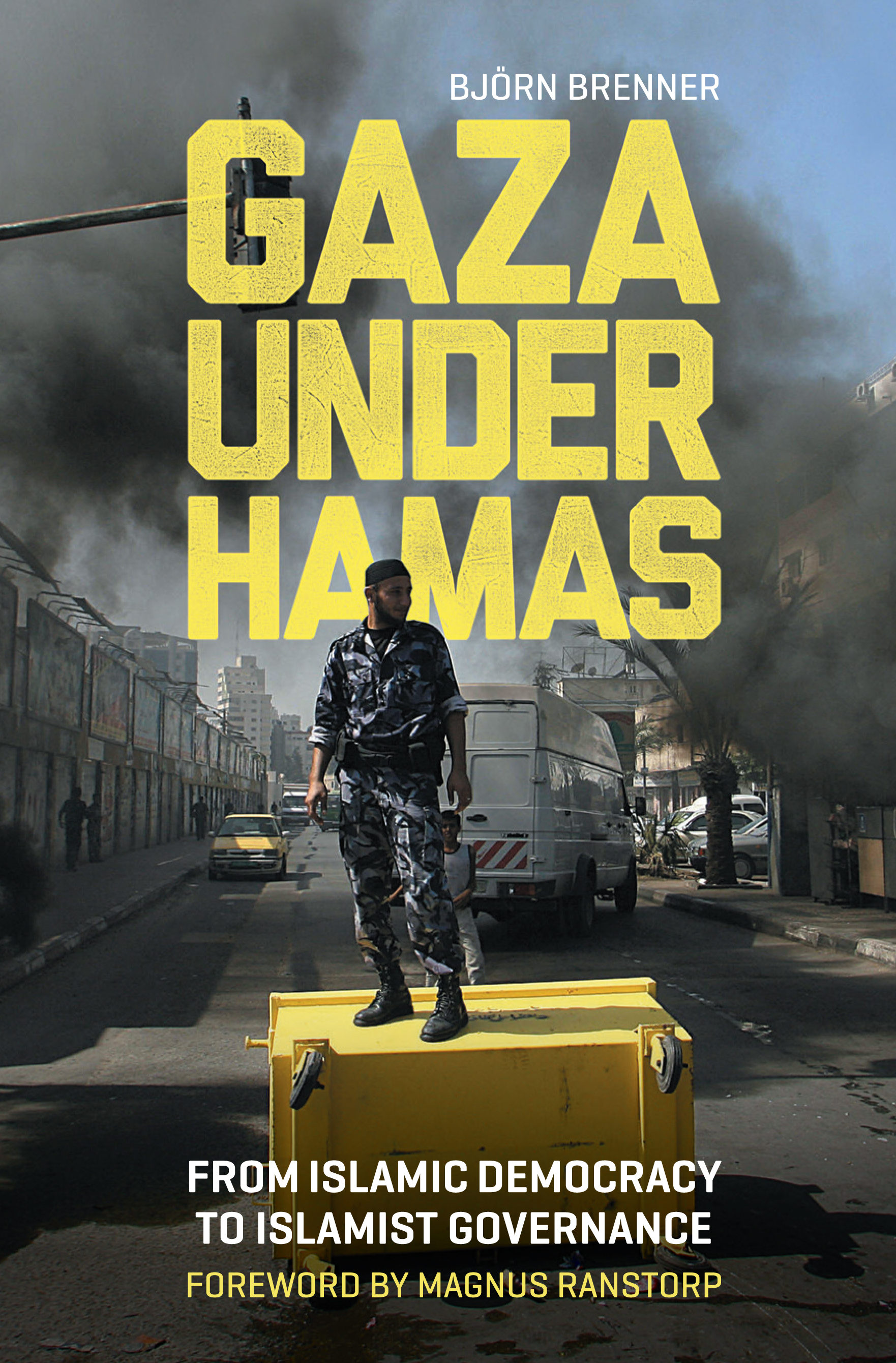 Björn Brenner investigates what happened after the elections and puts the spotlight on the people over whom Hamas rules, rather than on its ideas. Lodging with Palestinian families and experiencing their daily encounters with Hamas, he offers an intimate perspective of the group as seen through local eyes.

The book is based on hard-to-secure interviews with a wide range of key political and security figures in the Hamas administration, as well as with military commanders and members of the feared Qassam Brigades. Brenner has also sought out those that Hamas identifies as local trouble makers: the extreme Salafi-Jihadis and members of the now more quiescent mainstream Fatah party led by Mahmoud Abbas.

“In Gaza under Hamas, Björn Brenner provides an inside view of Hamas in power, based on extensive fieldwork alongside trenchant insights and incisive analysis. His book is an important contribution to the literature by greatly enhancing our understanding of the evolution of terrorist organizations from grassroots violence to formal governance.”

“This is one of the rare books about Hamas that manages to be both balanced and insightful. Based on a broad range of primary sources, this in-depth study of Gaza under Hamas rule provides as full and comprehensive a picture as possible. A must-read for scholars, students, and diplomats alike!”

Peter Neumann, Professor of Security Studies at the War Studies Department, King’s College London; Director of the International Centre for the Study of Radicalisation.

“For academic researchers, policy makers, NGOs and broader civil society members interested in Islamist experiences and practices of governance this is a must read. The book not only helps address many misconceived notions about the challenges which Hamas has faced since it was elected in 2006 but it also assists readers in nuancing the particular context in which such a case of Islamist governance actually operates.”

“Gaza under Hamas is a fascinating, original, and uniquely well-researched analysis of how Hamas governs. Drawing on four years of ethnographic research, the author combines empirical granularity and analytical clarity to provide a wealth of new insights on the domestic politics of the Gaza Strip. The book will become the standard work on the Hamas administration and a must-read for anyone interested in rebel governance, political Islam, Middle East politics, Islamic Law, or Palestinian history.”

Thomas Hegghammer, Director of Terrorism Research at the Norwegian Defence Research Establishment (FFI); Adjunct Professor of Political Science at the University of Oslo.

“Björn Brenner’s book constitutes an important contribution to our understanding of Hamas and how Islamist ideas are translated into political practices. Rarely do we have the opportunity within the Political Science discipline to take stock of empirical research in a timely case such as Hamas and its first entry onto the political stage. This book also provides a great opportunity for researchers to learn from Brenner’s best practices in how to conduct field research in conflict zones.”